How do I get into Voice Overs and Voice Acting

Most Voice Over Talents/Voice Actors I know learned by doing (the school of hard knocks… be prepared for plenty of rejection, even if you’re good). Practice, practice and practice reading aloud. Sometimes it helps to tape Radio spots or TV spots to playback and mimic the Voice Over Talent. This can help you learn the various styles of reading you’ll encounter in your career.

It’s best to use your natural voice when you start out, but you can learn to use it as an actor, varying pacing, intonation and learning how to breathe properly. A note here…many times breaths are edited out in a finished spot (in industry jargon commercials/ads are referred to as spots), so don’t think you have to speak continuously without breathing like you might hear in a spot. But it does help to learn how to breathe properly. Also, while projecting (talking loudly) may be good for theatrical work, most often in voice over work, you will be required to talk in a softer, more conversational and evenly modulated tone…the louder tone you can save for hard-sell truck pull ads.

If you can find a good voice coach, more power to you, but you can do it on your own. If you do look for a coach, be sure they have good references. You need a coach who understands what the advertising agencies and producers are listening for in a professional Voice Over Talent.

Practice until you sound good. Even if it’s just for yourself at first. Be critical, but go easy on yourself. It takes time, even if you’re a natural born Voice Over Artist. Practicing will also help improve your self-confidence, which you will need to fall back on at auditions where you may have only a couple minutes to get familiar with a script or piece of copy and two takes at the most usually to read it.

Since you used a computer to access this, you probably have enough equipment to get started for basic recording of your voice, maybe just requiring the purchase of a microphone that will work with your computer’s sound card. Use the audio recording devices and programs that already come with most PCs and Macs these days. You just need to record and playback your voice at this point for practice.

An important point to remember here. Not many people like the sound of their own voice during playback at first, though it may be in proper fidelity. This is because you hear your voice a little differently than others do because of the way your voice’s sound travels through the body to your ears. You’re accustomed to usually hearing your voice only this way for as long as you’ve been alive. It may take years to appreciate the way it really sounds or you may never get used to it. Concentrate instead on how you read or interpret the script.

How do I make a Voice Over Demo

You will need to get a voice over demo produced. In many cities, there are small production houses and producers who can help you put this together for a pretty reasonable fee, considering the time, advice and duplication of CD costs involved (though a money saving MP3 file may do just fine as most agencies accept those now, even for auditions if you have a home studio). If you want an idea of what making a Voice Over Talent demo might involve, get the New York City version by clicking here. One Destiny Productions has some good packages, but you may find them also available from production studios in your area. Talented and knowledgeable Jennifer Vaughnhas a page of advice and sells some tips in a guide on her “Voiceover Learning Center” page.

Getting into voice overs is not an inexpensive proposition. But if you have talent, and you’ve practiced, you shouldn’t have to spend much over $1,000. Many demos are produced in the $350 – $500 range which should cover duplication expenses as well. The key is of course how much time it will take to make you and your voice overs sound good. Expect to spend more if it’s going to take more time and work to get you to sound like a professional Voice Over Talent/Voice Actor.

If you are in Radio, there is an anti-Radio bias in the voice over world as many DJs are not considered the best at doing reads, even though most have done commercials and live reads for sponsors for many years, bringing in great sales for those sponsors. Here in the Detroit area, JP McCarthy, though he sounded like an announcer, had a recognizable voice and was a very highly rated morning personality on WJR for a few decades! He was sought after by many advertisers for years to do their commercials and he was the voice of Chevy for many years nationally.

Now why is it a problem? Because the inexperienced, and sometimes even experienced, commercial or narration producer will be anti-radio just because they don’t know better and that’s what they’ve heard they should be. It’s also a big problem with writer/producers who only hear one sound in their head – their own voice. But many will also want a true actor to act out their spot – to bring it to life and that is something that many in radio are not trained to do. For you, practice on sounding conversational. Of course, you will often have a producer or writer want you to sound conversational when the script was written like a press release. Do your best and good luck! (To any writers/producers reading this – you should already know how to time your copy by reading out loud with proper inflection – and always remember conversational scripts should be written with short sentences and phrases to sound conversational with the direction included – meaning proper punctuation and emphasis added where needed – a voice actor/voice over talent is not a mind reader!)

But since you are in radio and recording scripts on a weekly or probably daily basis, you have plenty of material to choose from. Be picky! Save a copy of each really good spot you record and then focus on the key interpretive moment in that spot that brings across the main message. Then stack all of those best parts together in your favorite audio editing software with the style you are most comfortable doing (and often most requested to do) first. If you have a few different styles, put the best first, followed by the rest varying the tempo or style as you go until you have about a minute or minute and a half length demo – two minutes for longer form material such as long form narrations. Character voices can go on the end or better yet make that a separate voice acting demo. Mixdown your file and you are ready to roll.

If you have friends you can trust who are already doing voice over work, ask them to critique it, just in case you missed something.

How do I get Voice Over work

Once you have your demo in hand then deliver the CD or MP3 of your voice over work to any local talent agency and/or companies seeking Voice Over Talent, such as cable companies (contact their production or advertising department), independent video producers and smaller advertising agencies for a start. When you do get work, occasionally ask for a copy of the finished spot or video. Many producers will be glad to help out once in a while. Some will for a small fee for CD costs. You can also bring along a blank CD for them to record a copy to. Samples of real voice overs will help get you more work, so be sure to save them for your next demo. If the finished spot isn’t available, you can use a good take from your voice over session, so it doesn’t hurt to ask for that instead.

Many voice artists and talents host their demos on a web page. More and more are using YouTube. Most computers have movie making software installed these days so you just have to come up with a slide show of titles and maybe pictures of yourself along with your recorded demos. I launched a YouTube Channel you can check out and
There are also videos from Voice Actors included if you aspire to do voice acting, character and animation work. Video Acting and Video Actors 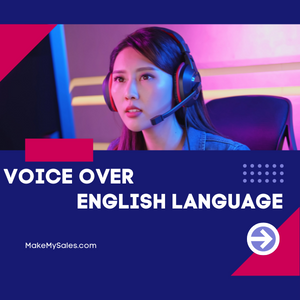